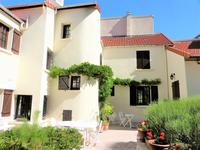 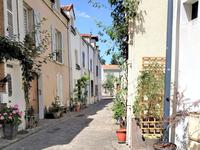 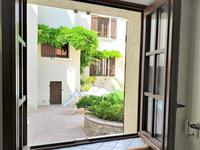 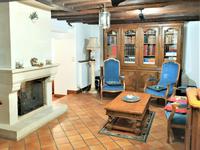 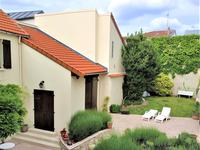 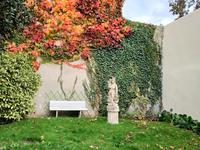 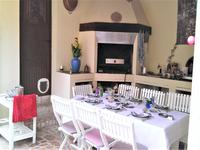 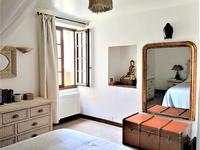 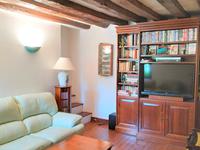 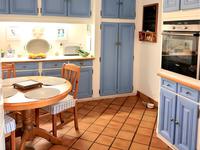 PARIS - FONTENAY SOUS BOIS - Sunny 5 bedrooms 198m2 old farmhouse built on 3 floors + 87m2 outbuildings (see Plan and 360) with 200m2 split level garden-terrace situated on the outskirt of Paris, garage for 2 cars plus motorbikes, 15mn walk from the RER A station, 11mn from Chatelet les Halles and all its connections.

PARIS - FONTENAY SOUS BOIS - 285M2 (T9 - 5 bedrooms) - 198M2 Livable + 87M2 Outbuildings - Plot 401m2 including a 200m2 split level planted garden- terraces - See Map and Virtual Tour 360 - A rare haven of peace for this very pretty and sunny 18th century farmhouse entirely remodelled over the years in an atrium shape. Well looked after over the years and in a very good state of maintenance, the property offers a living area of 198 m2 plus its numerous outbuildings of 87 m2 which surround a pleasure garden of 200 m2 attractively planted ad benefiting from a sunshine all day long, ideal for an al-fresco aperitif and diners. Situated at the end of a quiet and flowery cul-de-sac, this stone building is accessed via a large carriage entrance door and comprises on the ground floor an entrance hall with cupboards, a split level 40 m2 (430 sq ft) reception area with dining area, a fully equipped independent kitchen with dining area, a laundry room and a shower room with toilet, a superb covered summer kitchen with pizza oven. The 1st floor includes a master suite with bathroom and WC, 3 bedrooms and a lounge/TV room. The top floor with its beautiful high ceilings includes a 2nd master suite with spa bath and separate WC. Ready to move in, this old split-level 3 storied house has kept its soul and offers beautiful solutions in terms of layout if you want a sunnier living space and a more modern and contemporary lifestyle by creating either a playroom, artist's studio, 5 bedrooms with en suite shower room, independent professional, etc... It also has the advantages of being close to all amenities such as local shops, schools and high schools, 15 minutes walk from Fontenay station (RER A - 11 minutes from Chatelet and 20 minutes from La Défense) and 20 minutes by car to Paris - Porte de Vincennes.

Miscellaneous: Strategically located on the edge of the Bois de Vincennes and Paris small and dynamic town which has kept the charm of yesteryear, farmhouse in good state of maintenance away from urban life but 20mn from PARIS, atypical house with a night corner superbly distributed and offering a true independence for each of its inhabitants, The outbuildings include an independent studio ideal for a teenager or a au pair, a garage and a porch for 2 cars + motorbikes and storage with mezzanines floors, a workshop for storage and DIY, a covered summer kitchen and dinning room with bread oven, a vaulted cellar ideal for wine keeping and an attic, Enclosed garden on 2 levels with 2 flowery terraces in pink Italian marble slabs and a lawn area planted with trees, gas central heating Leblanc system from 2015, 4 toilets including 3 independent wc's, renovation of the facade in 2016 and roofs in excellent condition, superb ceilings heights on the 2nd floor, includes quality materials with solid wood flooring, artisanal sandstone, exposed beams, double face stone fireplaces, 2202 €/year property tax, 150 €/month heating bills.

Nearby: The town hall parkland and the town centre of Fontenay sous bois with its shops and traditional weekly market, the municipal sports complex Salvador-Allende which includes an ice rink of 58 m by 27.50 m that can accommodate more than 1,000 people, an aquatic area with a 25mx15m swimming pool, a fitness and wellness area, 2 steps from 'la Fonderie', a centre for artistic creation installed in a former aluminium foundry that houses a collective of about forty artists (graphic designers, painters, sculptors, engravers, cabinetmakers...), the 'Maison des Associations' de Fontenay... served by the RER lines A and E and by the A86 motorway, a number of bus lines (at the end of the street) cross the town, notably line 124,

Located north of the Bois de Vincennes, Fontenay-sous-Bois (94120), is in the Val-de-Marne department in the Paris region, 3 km East of Paris. It is built on the crest line that separates the watersheds of the Seine and the Marne rivers (between 44m and 111m altitude). Dependent on Notre-Dame de Paris, the small town has long distributed water from the 'Chateau de Beaute' and was exempt from taxes as long as the inhabitants maintained the pipes that crossed the village. Fontenay was also home to a leper colony. As a wine-producing town, Fontenay took the turn towards industrialisation thanks to the arrival of the tramway and the railway. It developed rapidly with the arrival of Parisians looking for an holiday resorts and became industrialized at the beginning of the 20th century with the arrival of factories and new inhabitants. Paul Jean Rigollot's mustard plaster factory contributed to the city's growth, long before the Plains of Fontenay were declared a priority area for urban development in 1960. In the 1970s, the town lost its last agricultural land where the Belle de Fontenay (famous potato) was born. It has numerous educational, sports, cultural and health facilities and is home to the first tertiary sector centre in eastern Paris. This economic hub extends over 160 hectares and includes several hundred thousand m2 of office space and a regional shopping centre. It is home to several thousand employees and many leading companies including Société Générale, Axa and BNP Paribas...