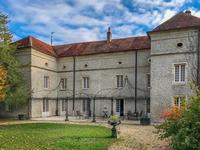 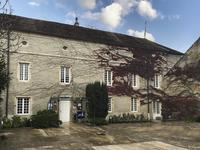 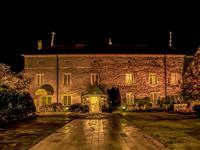 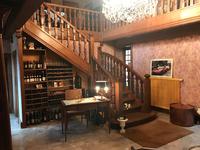 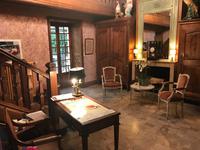 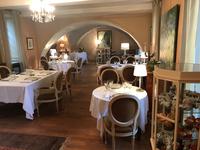 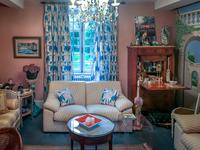 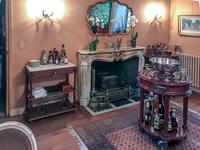 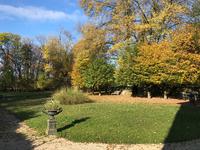 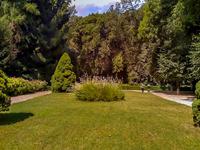 A Château Estate comprising: Dating from the beginning of the 18th century; the Château has 2 entrance pavilions,  several outbuildings, a pool with shower and cellar. Further plot of land  of ​​15,520 m2, including the buildings.

The beautiful and historic "Château Vauchoux", dating from the beginning of the 18th century, has been the residence as well as the restaurant for over 45 years, of the famous French, Michelin star decorated, "Master Chef" Jean Michel Turin. After his recent and sudden death, the family decided not to continue the restaurant and to sell the Château as a private residence.
The Château is in excellent condition and is full of original elements that make the building very special.
It stands on 15,500 m2 of private land, with a beautifully landscaped garden with swimming pool including changing and shower building and also including the original wine cellar.
There is a Gatekeeper house on both sides of the entrance gate. Both Gatekeeper houses are large enough to serve as a single residence.
CHATEAU ...
Continuing over the “Cour” you arrive at the entrance door of the Château, behind which is the breathtaking original oak-decorated entrance and vide. To the right of the entrance is a large L-shaped living / dining room of which the short leg of the L can be separated by a partition as a "Master Bedroom" with patio doors on 2 sides to the terrace and gardens. To the left of the entrance you enter the kitchen that consists of several parts. Via the majestic staircase in the entrance you enter the gallery where the bedrooms and the current private rooms are located.
Behind the Château runs a narrow country road behind which is a piece of land that can be negotiated in the sale and through which the Château has its own access to the river Saone. There are a few outbuildings next to the Château which makes the whole "Grand".
Ever since the Master Chef obtain his Michelin Star for the first time in 1980 all French presidents till now have frequented Château Vauchoux to wine and dine.  With 40 years of service as a star restaurant, this Château has a considerable “Goodwill” but the family realizes that this goodwill is inextricably linked to the name and qualities of their Master Chef. They therefore sell the Château as residential real estate, but for a potential buyer with catering aspirations, the goodwill as well as the inventory still present can be negotiated.
THE CHÂTEAU: consists of  - 307.91 m2 of living space.
Ground floor: Entrance hall / reception with marble slab floor, stone fireplace, oak staircase leading to the mezzanine and upstairs gallery. Large dining / reception room (approx. 85 m2) withparquet floor, marble fireplace, ceiling partly vaulted (old cellar). WC, professional kitchen: pianos, heating room.
FIRST FLOOR ...
Mezzanine and first floor:  Gallery hall way with parquet floor. 4 bedrooms 2 bathrooms one with shower, WC. Large open attic with plans for the creation of another 10 guest rooms.
HISTORICAL NOTE:
The Château was built during the first half of the 18th century. The Chevalier de Vauchoux, Claude Francois Noirot, a former colonel in the cavalry in the service of France, may have been behind its construction. This knight is particularly known for having favored the marriage of the young king Louis XV with Marie Leszczynska, first wife of the king. Claude Francois Noirot was a great friend of Stanislas Leszczynska, father of Marie, ex-king of Poland and Duke of Lorraine and Bar. These royal relations probably explain why King Louis XV stayed in Château Vauchoux on the occasion of a hunting party organized by the knight. During the 19th century, the property belonged to the Clerc de Landresse family until the middle of the 20th century. Charles César Clerc de Landress (1801-1867) was mayor of Besancon from 1860 to 1867. A lawyer by training, he became vice-president of the general council of Doubs. He bequeathed the property to his family.