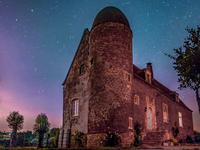 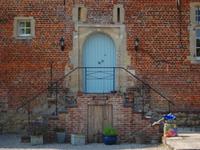 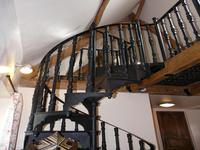 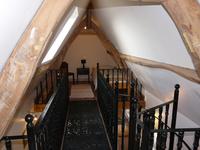 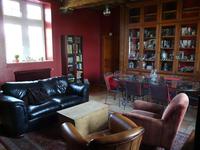 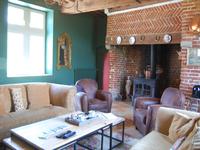 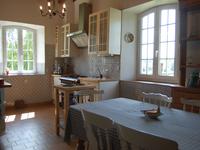 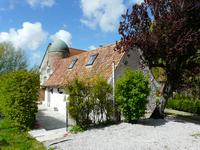 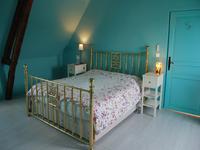 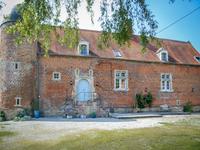 Voir l'annonce en Français The town of Samer lies only 15kms from Boulogne sur Mer, 10kms from the beaches and golf courses of Hardelot and Le Touquet and a quick 50kms from Calais. It is the home of the Abbey of St. Wulms under which it is said that treasure was buried by the monds escaping the revolution and setting for an annual strawberry festival, the fruit the town is famous for!

Said to have been constructed on the former site of a Roman ruin, Manoir le Fort is a 16th century fortified manor house, which was originally surrounded by a small moat. At that time, access to the house was via a drawbridge and above the front door to the property you can still see the channels where the chains for lifting the drawbridge went.
The manor house has two towers, each of which has arrow slits for defending against attackers. These towers are situated on diagonally opposite corners of the building, so that each one has a line of sight that provides protection on two sides.
The south tower encompasses the main staircase, which leads to the first floor. The first floor was originally used exclusively for the storage of grain, etc. More recently, this has been converted to provide 6 bedroom accommodation (4 en suite).
Manoir le Fort has a large cellar, which runs under approximately half of the house. It is the only house in the area to have a cellar, which was often used by local people during the Second World War to shelter from air raids and bombing. In the grounds of Manoir le Fort, there are various outbuildings, stables, and a separate cottage, which has been entirely renovated and is currently used as a gite. In the fifties the cottage was originally a pig sty!!
Manoir le Fort is featured in the book of ‘Les Vieux Manoirs du Boulonnais’ (2013). Today, entry is simpler and instead of the drawbridge a double set of brick and slate steps leads up to the front door behind which is a tiled entrance hall. Ahead is a large and beautifully fitted modern kitchen with views over the garden and pasture. The day-room is a combination of lounge and dining room with high, timbered ceiling and imposing fireplace. It is thought that this was probably the original kitchen and the iron hooks for meat smoking are still visible. From here, continue into the lounge itself again dominated by the brick fireplace but this time with a large wood-burner that also provides the boiler for the heating system. With windows to front and back, the lounge is bright and spacious with views over the fields as well as the courtyard and the lane giving early warning of approaching visitors! Beyond the lounge is a large office that could easily be a ground floor bedroom and one of the two towers that is a bathroom / laundry-room.
Below this half of the house runs the cellar, large, cool and dry for perfect storage and housing the gas boiler for back up heating. Going back to the entry hall and this time to the left, are a downstairs WC and the entry to the front tower with the stairs to the first floor.
FIRST FLOOR …
The stairs actually continue above the landing level and changing the existing tiled roof of the tower for glass would create a superb observatory for the astronomer! On the first floor itself a corridor gives access to a shower room and six bedrooms, 4 en-suite. The master bedroom itself has it's bathroom set in the upper story of the tower offering a magnificent round shower room.
EXTERIOR …
Outside the large grounds have greenhouses, stables, a lake and a second house. This has been converted to become a three bedroom gite with lounge, kitchen and a bedroom on the ground floor and the two first floor bedrooms separated by a cast iron bridge and accessed from a spiral staircase, very appropriate in this setting! As an equestrian holiday centre, the facilities and location offered are excellent. Viewing of this superb property is by appointment only with the agent.
* €627 000
agency fees to be paid by the seller